“I want to thank leaders of WellCare of Kentucky for selecting their Hazard County location for this expansion,” Gov. Beshear said. “We are working to bring quality job opportunities to every corner of our state, and companies like WellCare are helping us meet that goal. This project also adds to recent growth of our health care-related businesses, an area that will continue to be of great importance as we build an economy for the future.”

The Eastern Kentucky facility was selected for the expansion over call centers in Nashville, Tennessee, San Antonio, Texas, and Tempe, Arizona. WellCare is adding 16 customer service representatives, a team leader and a supervisor, with all positions to be hired and trained by September. Including the new positions, WellCare’s call center will infuse over $1.6 million in wages annually into the community.

The project comes as part of WellCare’s larger, nationwide expansion plan to better serve the Medicare market. Company leaders lauded its current staff in Hazard as a significant reason for selecting the location for expansion, citing a high retention rate.

“All employees want an employer that truly values and pays well for their work,” said Joshua Sloop, president and CEO of WellCare of Kentucky. “At WellCare we strive to serve our employees so together we can serve our members. We are excited to add outstanding team members in Hazard, while also assisting with the economic growth in this community.”

WellCare’s investment and planned job creation furthers recent economic momentum in the commonwealth, as the state builds back stronger following the effects of the pandemic.

Last month, thanks to strong fiscal management by the Beshear administration, the state budget office reported the commonwealth ended the 2021 fiscal year with a general fund surplus of over $1.1 billion – the highest ever in the commonwealth – and a 10.9% increase in general fund receipts to $12.8 billion.

Year-to-date, private-sector new-location and expansion announcements include $2.6 billion in total planned investment and the creation of 5,500-plus full-time jobs across the coming years. Through July, Kentucky’s average incentivized hourly wage is $23.47 before benefits, a 6.2% increase over the previous year.

In May, Moody’s Analytics published a positive economic outlook for Kentucky, noting mass vaccination as the driving force behind a sustained recovery in consumer services. The state’s recovery, Moody’s said, benefited from earlier reopening efforts and increased demand for manufactured goods over services. The report also found Kentucky’s manufacturing industry outperformed the nation’s since the national downturn last year.

Fitch Ratings in May improved the state’s financial outlook to stable, reflecting the commonwealth’s solid economic recovery. The state’s April sales tax receipts set an all-time monthly record at $486.5 million, as did vehicle usage tax receipts at over $64 million.

In March, Site Selection magazine’s annual Governor’s Cup rankings for 2020 positioned Kentucky atop the South Central region, and third nationally, for qualifying projects per capita. The commonwealth also placed seventh overall in total projects, the highest of any state with a population under 5 million. Site Selection also recently placed Kentucky in a tie for fifth in its 2021 Prosperity Cup rankings, positioning the state among the national leaders for business climate.

“Perry County is proud of our workforce. Our people are our greatest and most valuable resource, and we have worked to tell the world about the first-rate workforce we have here in Eastern Kentucky,” Judge/Executive Alexander said. “We are happy WellCare has decided to expand their location in our community and hire our hardworking people.”

“Ensuring the availability of gainful employment is a top priority for the City of Hazard,” Mayor Mobelini said. “WellCare is just one example of a business locating in our community and experiencing success. We look forward to their continued success as well as the future successes of all future and existing businesses within our community.”

“This is a day of celebration for WellCare and Eastern Kentucky,” Sexton said. “WellCare has a longstanding tradition of caring for its members and creating quality jobs in the commonwealth. As we look ahead, we are excited to help companies bring more full-time jobs to Hazard – especially those whose mission is to help people lead better, healthier lives.”

For more information on WellCare of Kentucky, visit WellCare.com/Kentucky.

A detailed community profile for Perry County can be viewed here.

Information on Kentucky’s economic development efforts and programs is available at www.CED.ky.gov. Fans of the Cabinet for Economic Development can also join the discussion at facebook.com/CEDkygov, on Twitter @CEDkygov and LinkedIn.

Read about other key updates, actions and information from Gov. Beshear and his administration at governor.ky.gov, kycovid19.ky.gov and the Governor’s official social media accounts Facebook, Twitter and YouTube. 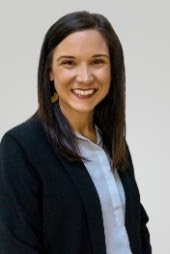 Aug 1 2021
Do you want to take your business to the next level? Are you considering taking your business online or want to increase your online sales? Jenn Gregory can help. As the President of Downtown Strategies, she understands what strategies can make the biggest impact on business sales and overall growth...Continue Reading 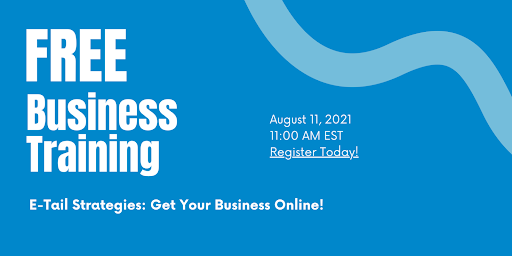 Jul 16 2021
Businesses in Eastern Kentucky can now register for free marketing training. One East Kentucky is presenting this training, hosted by Jennifer Gregory, the President of Downtown Strategies. Ms. Gregory will be teaching Kentucky business owners how to get their business online and increase sales through proven retail strategies.  Through a combinatio...Continue Reading

LION to Reopen Beattyville Manufacturing Facility After More Than a Decade